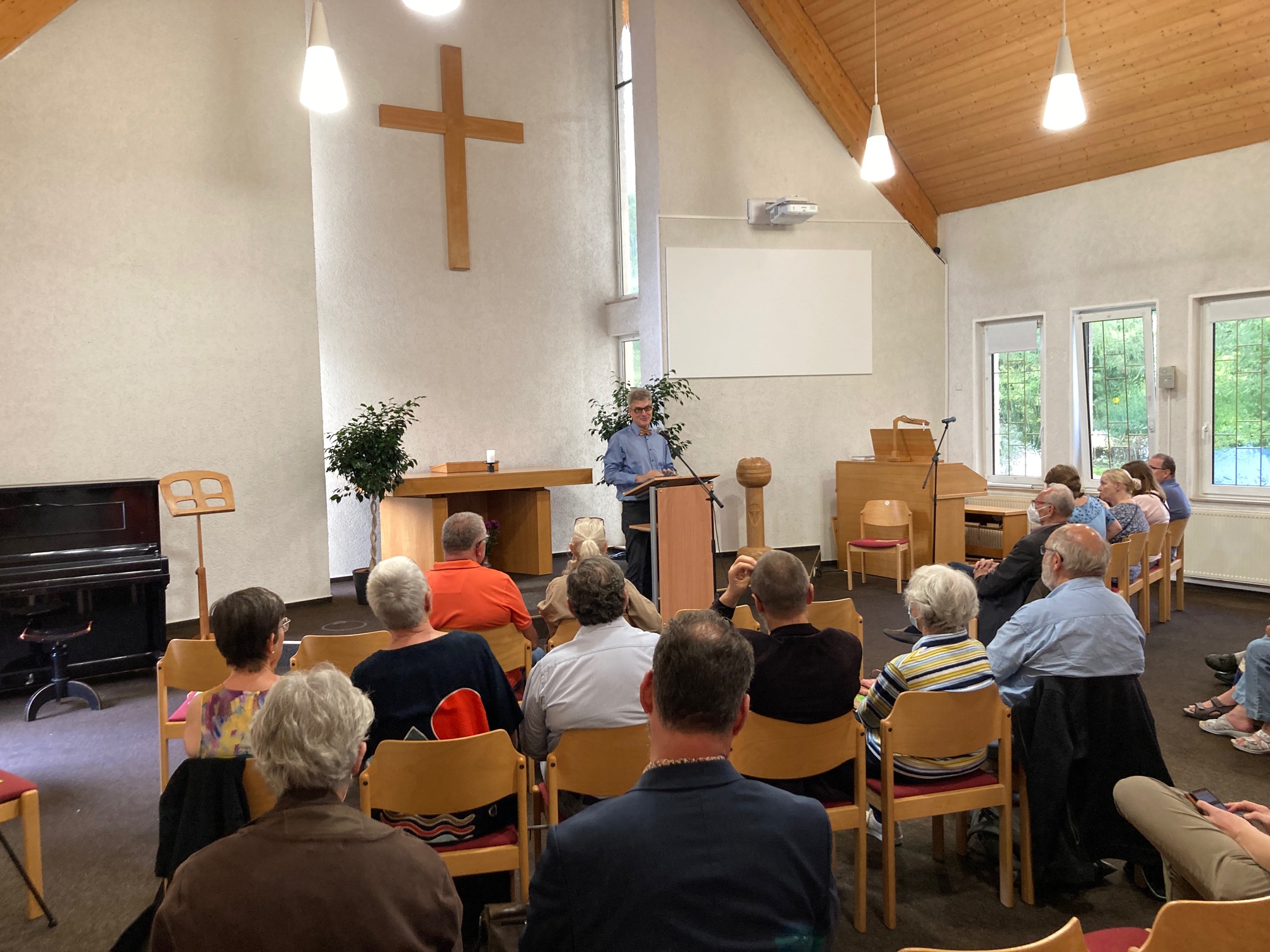 From September 10-12, 2021, about 35 interested people met in Dresden for the now fourteenth annual meeting of the Apostolic History Network. The mostly warm and sunny weekend provided a suitable setting for intensive discussions and lectures, taking into account the special rules and conditions in the second year of the pandemic.

The participants met on Saturday (September 11) in the New Apostolic Church Dresden-Neustadt. The network’s executive board opened the annual meeting with greetings and the honoring of some jubilarians.

The following thematic presentations dealt, among other things, with the founding fathers of the apostolic congregations in Dresden and the surrounding area in the late 19th century, the early history of the apostolic congregation of Dresden, and the selection of the successor to the New Apostolic Chief Apostle Hermann Niehaus and the associated controversies. Some of the lectures could be transmitted via livestream for the other members of the association.

On Sunday, after a joint lunch, a short lecture and the general meeting of the network followed, again in the New Apostolic Church of Dresden-Neustadt. Among other things, elections for the board of directors were on the agenda. The second chairman of the network, Sebastian Müller-Bahr, was released from this task at his own request after eleven years on the board. However, he will continue to contribute actively and creatively to the work of the network. As new second chairman Hans Kuritz from Werder was elected, who already has contributed a lot to the musical work of the Netzwerk.

In addition the meeting of the members created the new executive committee office of the secretary in the context of performing some statute changes. Lasse Eggers from Freiberg was elected to this office.

Around 5 p.m. the last participants started their journey home.